Eternal code. Write once. Forget about 'updates' that make your code useless. All changes and security updates are dealt automatically without the need to rewrite anything.

Build for Speed and Infinite Scalability

KingCode is not your average easy-to-use solution that is concept-only-slow. It is build from ground up to use server-side rendering, automatic scalability and do what ever it takes to be enterprise-level fast. It just happens to do it transparently.

Whether to use BlockChain, a chatbot or Artificial Intelligence, KingCode suggest to use ideal new technologies for what your a creating and suggests how to use them and incorporate them with a click or just browse the possibilities.

One Code
for All

KingCode is based on the best english-like language ever written. Your creations will work on all platforms, with a level of integration only seen on 'Nosedive' episode of Black Mirror.

The Future
Needs you!

Your Donation will make possible to bring the open to all, free version of KingCode sooner.

It introduced a new standard of power and 'Just Works' never achieved before in the digital universe.

Unfortunately, due to economic reasons at that time, the project was canceled.

But what if it had not been canceled? How would it have evolved using the latest technologies? A world where everything "just works!" again and having a world enterprise level running app as easy as just one click to add more 'vitamins' to it, instead of months of painstaking frustration, late nights and a level of complexity (and cost) that is one of the mayor hurdles that make 95% of startups never make it.

Imagine no more with KingCode! KingCode is the answer of how would it be if this standard would have evolved and came back from the future with the latest technologies, highest level of cybersecurity and unprecedented speed. 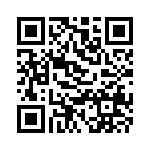